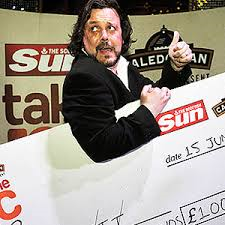 This is the maverick of comedy John Scott, born and breed as a Edinburgh lad, he brings his show “Dissent” north of the border for the Fringe. Being a favourite of The Stand Comedy club, John is always talked about as the one to look out for..  John delivers a thunderous array of political jokes that are told in that fashion that has long been lost in stand up.  The show starts with a voice over , allowing us an insight as to what the show may contain….

With a pair of braces and  hair like a homeless Bee Gee (as John himself would put it), the show starts with a big applause from the audience..  John is story telling comedian that has crafted his show well, you can tell he has taken his time to research his topics for our benefit …  He is a honest and direct comedian with no thrills attached. Using that all important thread that holds his jokes and show together John takes us on a journey of side splitting jokes, laughter and brings the reality of modern day life into the places will would rather avoid talking about.. 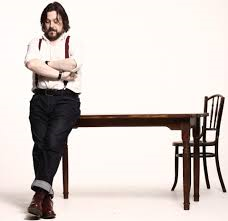 John also takes on the task of covering subjects that a lot of comedians would rather avoid , with jokes about race, well known figures of the establishment and class.  He does this with such grace and style the audience can only respond with genuine laughter.  This is a comedian that is not sacred to speak his mind and allows us (the audience) to participate in matters of importance that are turned into the hilarious show that is Dissent !!! Step up John Scott and move on Jack Whitehall, you”ve had your day Jacky boy.  Time for real comedy to get back to its roots..  Stand Up is a truly difficult game to get into and should be worked hard for, which I can see that John Scott has done with years of experience behind him, it won”t be long before he gets the break he deserves…  A great all round show which ended in a big cheer !!!!  Well done John Scott, a true marvel of stand up comedy… FIVE STARS

One thought on “John Scott : Dissent”