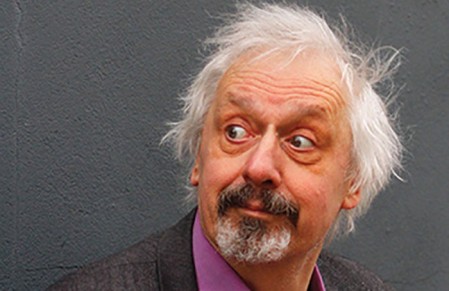 On first moving to Edinburgh in 2004 & experiencing its International Festival, two things struck me. One, there was loads of amazing entertainment on offer, & two: I couldn’t afford to see any of it. Then Peter Buckley came along & set up a system where performers could bypass the epic funds needed to put on a Fringe show, meaning we punters could chuck money in a bucket at the end of the show instead. Which basically meant more money for beer! Some stuff was excellent, some stuff was… well, not. Either way, the Free Fringe is now a staple during August, & its performers are all now getting themselves ready for the greatest show on earth. But what does it really mean to put on a Free Fringe Show.

The deal is this : the venue gets beer money, the performer gets the bucket money & we get a cheaper night out. The organiser, Peter Buckley, also gets an free army of free fringe flyerers, as he’s stipulated that any of the performers, when handing out their own leaflets, ‘must also offer the Wee Blue Book to the public. This doesn’t mean having one tatty copy available on request; the offer must be of the Wee Blue Book and your show flier, in that order.... by these means everybody is publicizing everybody else’s show. You will find that the Wee Blue Book brings in more audience than your show’s leaflet. It works to everybody’s advantage.’

After several decades of experience doing the Edinburgh comedy festivals Buckley has developed a mantra for how to flyer to the optimum effect. He says; ‘Because the WBB is so powerful and because the Free Fringe has built up a reputation over its 21 years, there is no need for excess publicity. Yes, you will need to have a presence on the street with leaflets, combined with the Wee Blue Book. But flooding the streets with too many leaflet distributors is counter-productive and anti-social. And having people leaflet for your show who have not themselves seen the show and are not committed to it is a waste of money, and reduces the value of your show. A further waste of money is having more posters than a small number (10 to 30) for around your venue and anywhere else you can put them up. Another waste of money is buying enormous posters (“big head posters”) on public sites, like many shows at the larger money venues do.

You may say: it’s my money, I’ll waste it if I want. No. We don’t like that. By founding the Free Fringe, we’ve saved you thousands of pounds you would otherwise have paid to the money venues. This stops you making a massive loss at the Fringe. If you spend the money you’ve saved on publicity, this forces all similar Free Fringe shows to spend just as much. The result is that everybody spends more and nobody benefits. That’s not why we started the Free Fringe; we started it to make the Fringe better value and a happier experience for the majority of performers. We don’t want our low-cost system to be exploited by people who want to gain fame at the expense of others. Keep your display and publicity to a reasonable level.

So that’s a little inside info on just one of the multiple aspects of the Edinburgh festival. The Mumble likes to be active right at the heart of it all, & in about three months from now the first of those ‘10 to 30 posters’ cited by Buckley will be finding their way on to the walls of this years Free Fringe venues.  And the Mumble, for one, cannot wait.