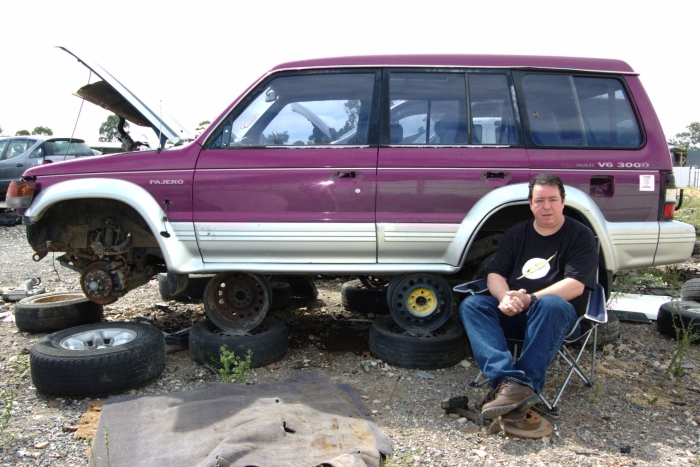 Hi Matt, so where ya from & where ya at, geographically speaking?
I’m from Cornwall and I live in London.

When did you realise you were, well, funny?
Years ago, I worked in a fish factory and from day one, I worked out that the only way to survive was to learn to be quicker than the other people working there. It was a brutal style of humour that helped to get us all through a tedious job and it proved handy on the club circuit in terms of putting down hecklers.

Who are your comedy idols?
Sean’s Hughes has an album called “Alibis for Life” and listening to that really changed how I felt about comedy. It’s hilarious and personal and a bit off the wall in parts too. As a kid I really liked Laurel and Hardy. It was very funny, but there was something slightly scary about it too. And of course, Billy Connolly.

You have worked as a ghost writer for some of Britain’s most notorious gangsters. What’s that like?
I’m really interested in people and criminals, in this instance retired criminals, are just people. They are surprisingly normal when you meet them, even though their lifestyle is so far removed from anything I have known. They do have amazing stories, which was my reason for being in their company. Active criminals go about their business without anyone knowing, which is very sensible. I haven’t spoken to active criminals about their business. This is also very sensible! The people I’ve helped to write are all retired. It was fascinating. They are funny and insightful and it’s an experience that I wouldn’t have missed for anything. I laughed a lot and I learned a tremendous amount. I actually carry myself in a different way after our lengthy conversations. I had deeply personal reasons for being there in the first place, having been on the receiving end of a crime and I’ve changed my mind about a lot of things. But mainly about how I see myself…

What does Matt Price like to do when he’s not being funny?
I really like to cook and my most recent discovery is harissa paste. Other than that, I like to relax at home with my missus.

You are bringing ‘The Weed Fairy’ to the Fringe. Can you tell us about it?
Last July I went to visit my Dad back home in Cornwall and saw that his front door had been kicked in. He’d been arrested for growing marijuana in his greenhouse. It’s evolved since then as I’ve had a few things that have happened over the last year that have impacted my life. It’s not a show about drugs. I don’t do drugs. It’s a show about my Dad and our relationship and learning to let go of the past. Without giving too much way, my Dad who is now known as the Weed Fairy to South West Police, has never been arrested before and could have lost everything. The show is a silly, fun and heart warming story that has evolved into something very personal and I hope very funny too.

Your Fringe shows have a certain quirkiness to them, what motivates you to create in such a way?
I can only really be myself on stage. That’s when I think I connect with the audience the best and when I get the best reaction. I also usually end up having a great story as life seems to hand me certain gifts in that respect. So I take a story and make it into a show. And I suppose they are bit different to the norm, but I like that. I’m the sort of person who things happen to and no matter how bad or weird they might be, I eventually turn them into material. As far as being quirky goes, I’ve been a comic for a long time and I don’t think I could change what I do. It would be nice to be more conventional perhaps, but my aim is to play the room in front of me and entertain the audience that are there and make them laugh, which is why I sometimes interact. In short, I’m constantly trying to be a better version of myself. It seems to work for me.

How do you find performing at the mega-mash-up that is the Edinburgh Fringe?
I’ve been going to Edinburgh since 2005 and I think I only missed out one year since then. I feel comfortable in Edinburgh and it’s a great city. I pace myself over the month and the aim is always to come back a better comedian and having written and performed a show that I’m proud of.

What does the rest of 2017 hold in store for Matt Price?
To be honest, right now I’m just focused on this year’s Fringe and doing the best show I can every day. With something this personal to me, I want to get it right and for audiences to really enjoy it. Beyond that, I might go to Australia again.

MATT PRICE WILL BE FLYING INTO THE FRINGE

ON THE WINGS OF HIS