Hello Kwame, so where ya from & where ya at, geographically speaking? 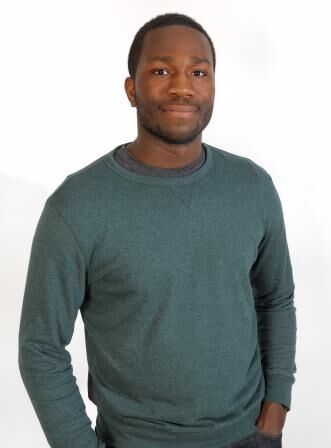 Hello! I was born and raised in South East London, and now living and working up in Birmingham. My family originates from Ghana in West Africa.

When did you first realise you were, well, funny?
For as long as I can remember, I’ve enjoyed laughing and making people laugh. However, my first time performing stand-up comedy came as the result of a dare from a friend while I was in Sixth Form. At the time, I was just getting into stand-up (listening to a mix of Jack Dee, Chris Rock and Eddie Murphy). The idea of performing it myself had hadn’t crossed my mind, but the school talent show was coming up, so I thought I’d give it a go. A half-decent set performed in front of an overly-generous audience, and I was hooked!

Upon which life experiences do you draw your own comedy?
There aren’t many things that I’d say are off limits. I talk about my childhood, my family, friends and relationships, as well as things happening around me and in the news. I like to focus bits of material around people in my life who I find funny too. My Mum is definitely one of them, and she’s (unwittingly) found herself a solid place in my show.

What does Kwame Asante like to do when he’s not being funny?
When off stage and not at work, I enjoy playing sports (mainly rugby and football) and catching up with friends over a drink or two. I’m also a comedy addict, so will almost have some kind of stand-up or sitcom on in the background whilst pottering around my flat. Netflix is great for that!

You’ve been washed up on a desert island with a solar-powered DVD player & three films. Which would they be?
Rush Hour 2, Scary Movie 3 and The 40 Year Old Virgin. I hold no pretenses when it comes to watching films. I like easy viewing that I can sit down and switch off to.

Why stand-up comedy?
I like the freedom of it. An audience and a set amount of time, with the sole objective of being funny. I love toying around with how I spend that time, and interact with the audience. And the feeling of new material hitting home is unbeatable. Males it worth risking the trauma of dying on stage!

You are also a Junior Doctor. Do you include any observations from your ‘dayjob’ into your material?
I spent a long time avoiding talking about medical school and life as a doctor, but they now form such a big part of my life that it’s impossible not to draw humor from them. The trick is to strike a balance between keeping stories broad but accessible. Going into specifics can be a medicolegal bombshell. I currently enjoy talking about the challenges of establishing yourself as a new doctor, and staying professional in the face of weird and wacky personalities.

You are bringing your show, Open Arms, to the Fringe this August, can you tell us about it?
In Open Arms, I look back on the last three years, which has seen me graduate medical school, leave my family and home in South East London, and move up to Birmingham to settle into my new life as a junior doctor. It’s packed with funny stories, unexpected twists and hard-learned life lessons.

Can you sum up your show in a single sentence?
An uplifting, light-hearted, reflective comedy, with something for everyone!

How do you find performing at the mega-mash-up that is the Edinburgh Fringe?
Nothing beats the buzz of the Fringe. All of the comics spend all of the year writing, gigging, preparing and sharpening to be at their absolute best for the festival. And being surrounded by the energy and enthusiasm of other comics inspires me to be at my best as well. I hope to develop massively as a performer, and take the many lessons learned ahead of me into the comedy year ahead.

What does the rest of 2017 hold in store for Kwame Asante?
The Fringe is probably the highlight of my year to be honest! Straight after the festival I’ll be hitting the books, in preparation for the final part of the membership exams for the Royal College of Physicians, taking place in November/December. 2018 should be more interesting, where I hope to take my comedy to Australia, New Zealand and pretty much anywhere else that’ll have me!

You can catch Kwame Asante: Open Arms at the Fringe