Skip to content
HomeNathan Cassidy : The Man In The Arena 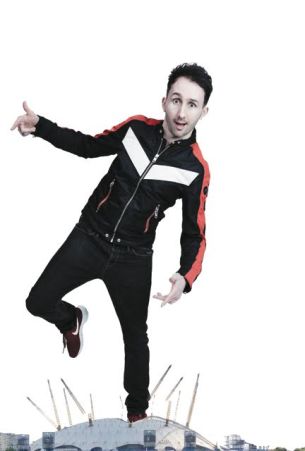 Having performed at the Fringe every year since 2010, Nathan Cassidy’s stage presence exudes comedic professionalism and experience. One admires Mr Cassidy in the same way one admires a great boulder balancing on the edge of a cliff, delivering rock-solid hilarity in the same way that said boulder has taken up its space on earth for aeons. In an earlier interview with the Mumble, Cassidy described his show as being, ‘about bravery in a volatile world.‘ Nathan uses the topics of terrorism, pop culture and fatherhood to explore his subject; the humor is subtle, using slight plays of language which may catch you off your guard, but sometimes explores grand themes such as the terrible events like 9/11 – certainly a brave subject to approach – and by shaking us out of our fear of saying the wrong thing about the tragedy, we can gain new perspectives on these historical events and have a darn good time doing it.

Nathan Cassidy is true, vulnerable and genuine & I had a steady stream of laughter going on throughout Nathan’s performance. Afterwards, I have kept thinking about the topics he covered, his show goes deeper than just having a laugh. I think Nathan is an authentic example of bravery for us all because he dares to go on stage and show us what he, in particular, was put on this earth to do. To see Nathan being his true self gives me courage to find my own calling in life and to be who I am capable of being. To gain such life-assuring convictions or to have a good laugh, don’t miss Nathan Cassidy every evening at the Free Sisters at 19.45.