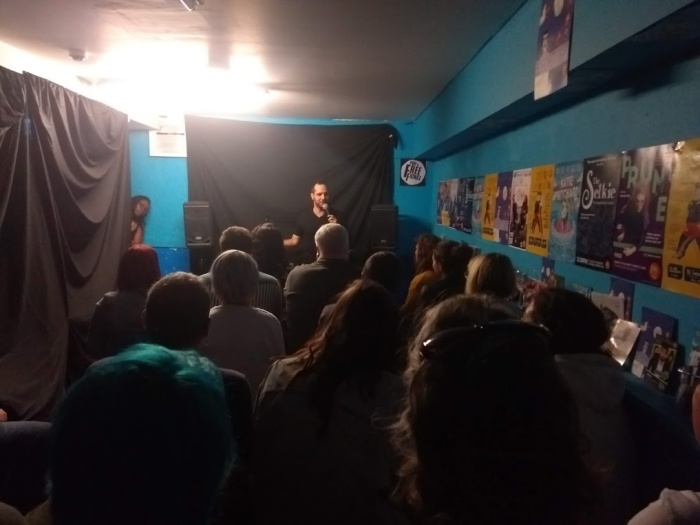 Every year the Fringe flood which saturates Edinburgh with performance spaces penetrates newer & newer spaces. That’s what certainly comes to mind when sat in the basement of 52 Canoes, by the Grassmarket. But its actually an indelibly charming wee space, which was at capacity for the double-dose of stand-up that is Sikisa “Twix” Barnes and Adrian Tauss. These two comedians from that London bring a cracking show where their personal vulnerabilities in love, dignity & vocation are exploited with much amiability for our entertainment.

I love being able to interact with audience members and seeing their reactions to my jokes. No audience is ever the same
Read the full interview

‘Kisa’ came on first, combining the cheekiness of a Cockney wide boy & the attitude of a Streatham rude girl into a snappy set. There is a rawness to her soul-searching, but an almost elfin delight in the way she relates it. Her partner, Adrian Tauss, was playing a subtler tune, a little less attention-grabbing than Kisa, but entrancing all the same. Sharing his memories of the time a comedy promoter got the crowd to decide which comedians that night got paid thro’ their cheering is a perfect example of the aforesaid ‘vulnerabilities’ of our two acts. 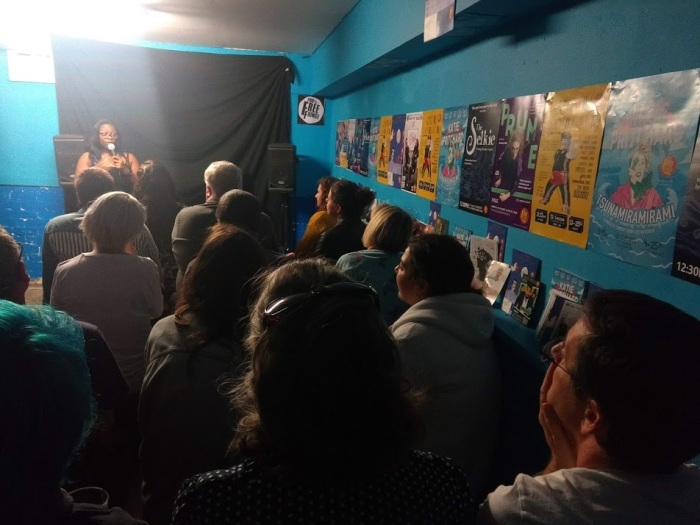 Barnes & Tauss are very smart cookies, & a lot of fun to be with. They are just two of thousands of performers in Edinburgh right now, all of whom are vulnerable in one way or another. All are hoping for validation in what they do & who are they. The thing about Barnes & Tauss is that they are among the very few who are brave enough to admit it. If I were to give them one star, they’d probably take it on the chin, have a sulky ponder for a bit, then turn it into comedy stardust. But I’m not, they’re getting four, because they know what they are doing & they do it damn well.