Skip to content
HomeZach & Viggo and Thumpasaurus: Where Does the Love Go? 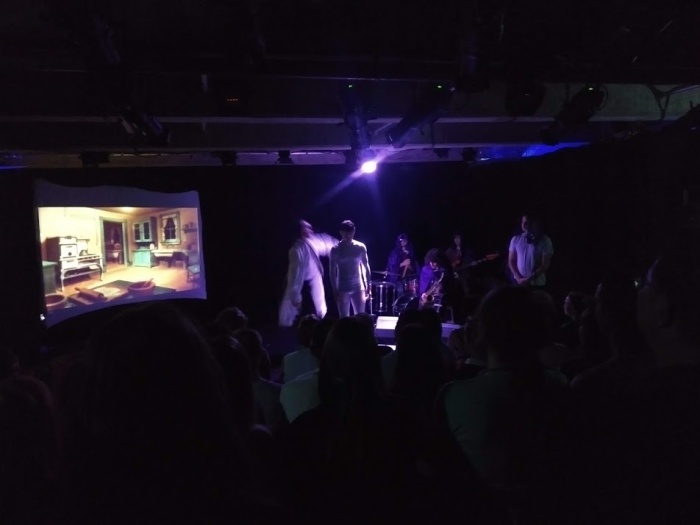 Welcome to the collaboration of the year. Welcome to the stunning fusion of youth & chemistry that is award-winning Zach Zucker & Viggo Venn; teaming up with LA-based, intergalactic dance force, Sun-Ra-inspired, Thumpasaurus. There is a story; set in a world taken over by Amazon’s Jeff Bezos. A Frankenstinian doctor has created an anonymous worker for the company, played by Zach Zucker as the Pinnochio hero of the show. There is music; Thumpasaurus are just, like, ridiculously good. They look like a bunch of D&D kids, whose foot-stomping free-form jazz accompanies the action & whose bass player must have been born with a full size one in his hands, under some pool table in Santa Fe. There is dancing; of the Torrance Community Dance Group sort. There is clownerie, like Gaulier on ketamine, & above all there is laughter, lots of it. ‘That was like the Saturday Night Live sketches, but better,’ said my American wife, who should know. 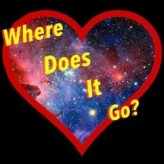 Last year we met this amazing funk band in LA called Thumpasaurus and convinced them to come out to Edinburgh. They had a killer run and afterwards their singer Lucas wrote a 20 minute opera called Where Does The Love Go. We decided to team up and built it out to an hour-long collaborative show that is going to be very serious and artistic. Zach & Viggo 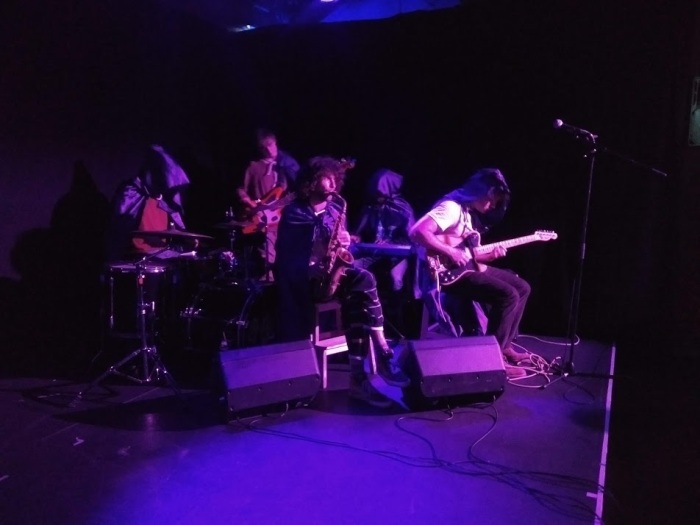 Where Does The Love Go? is an infinitely memorable show, very much of its time, an early record of humanity losing its soul to convenience. The stage on which it is set is simply ensembling with talent; Zach & Viggo are superbly accomplished performers while the band were, as I’ve said, exceptional. But there is more, for into the mix came the supercilious, carnival-barking character of Jeff Bezos, played by an actor I didn’t quite catch the name of, but actually outshone everyone else. Lets just call him Mr X for now, & I feel the show should be renamed Mr X, Zach & Viggo & Thumpasaurus! By the way, I am still singing the operatic theme tune as I write this, such an ear worm it is! A truly remarkable hour!

The Mumble have recently been informed from a very reliable source that Mr X has a name – Jonny Woolley. Apparently he directs all the Zach and Viggo shows but ended up acting in this one with a larger part than they originally planned!

One thought on “Zach & Viggo and Thumpasaurus: Where Does the Love Go?”