How is it possible that from such an unassuming, almost melancholic delivery, volcanoes of comedy burst from our psyches to join everyone else’s in the audience, like the tectonic creation of a new world. That world belongs to Will Mars, a dedicated comedian with a surreptitious story to tell. In fact it is very much the story of being a stand-up, warts ‘n’ all, & deglosses some of the glory we lesser mortals assume when staring at the life-size technicolour images of the pantheon which surround us in the Edinburgh streets. According to Will Mars – and I do believe him – comedians are mortals too, who can bleed, & can also feel… 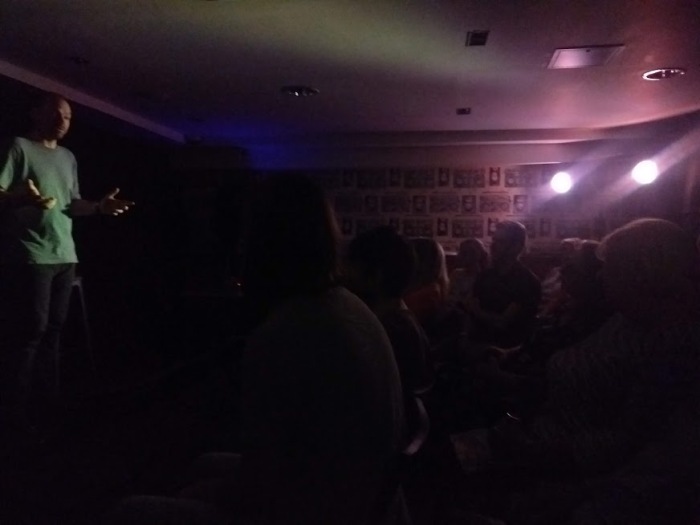 I do not want to give away the plot of his show, because every nuance of his tale must be appreciated without forewarning to fully appreciate the telling. A lovely Northern lad, he didn’t even need a microphone as he waltzed thro’ his rites of passage; from the gallon-a-girl gigolo of his early twenties, to the late 30s ‘worst version’ of Mr Mars, where he’s refreshingly unafraid to admit men also possess the tick-tick-ticking biological clock. It is impossible not to feel some kind of empathy for Will Mars, & he makes you laugh as you do so. As a storyteller he is a joy to experience; like a quirky terrier yapping jokes at our feet, when every now & again he’d sink his teeth into our calves with a hefty bite.