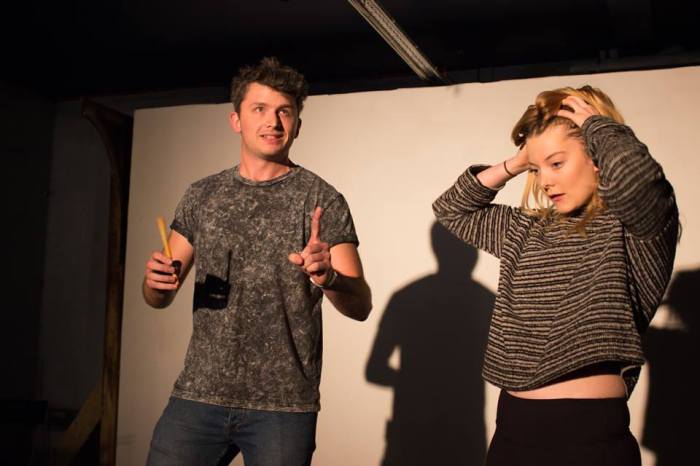 The Mumble love to see the baton of inspiration being passed along to the next generation. Last year, best friends Max Levine and Anna Piper gorged on the Edinburgh Fringe, & this year they’ve returned with their spanking new debut. The Mumble went to check out them out…

Hello Max, so where are you both from and where ya at, geographically speaking?
MAX: I’m Nottingham born and bred. Home of Robin Hood, lace and the world’s oldest pub… although to be fair I think every city in England claims to have the world’s oldest pub and other places probably have ones that smell less like sick. Anna’s from Birmingham which becomes very audible as soon as she experiences any heightened emotion.

You both met at Soho Young Company, what is it?
MAX: It’s a programme you apply for and then if you get in Soho Theatre get you to do all these great workshops with total legends like Richard Gadd and other intimidatingly good people. Anna and I met doing some stand up workshops and we soon found out we were both hating performing on our own to rooms of three old white guys so teamed up. It’s been hot platonic love ever since.

You are bringing a show to this year’s Fringe, can you tell us about it?
MAX: Can I? I CAN! At the time of printing Anna and I are best friends and have been for a couple of years. I’m fully obsessed with her lifestyle choices e.g. she has seven cats. We spend so much time together that we started to film ourselves hanging out. And from that footage we came up with ideas for sketches. Did I mention she has SEVEN CATS? Seven. It’s too many cats.

How did you get the idea behind the show?
ANNA: We got the idea at last year’s Fringe when we were up as punters cramming in 8 shows a day. We loved the weird and wonderful sketches we saw but found ourselves wondering where the ideas came from. In our show we give you that peek behind the curtain – or in Max’s case a blanket suspended from some crocodile clips on a pole in his bedroom, he calls it a ‘life hack’ and it looks awful.

Which part of your show is your favourite?
ANNA: There’s a bit in the show when I have a breakdown on stage, and ugly cry. Its always fun to do, and often very cathartic. I don’t really get to see the audience until the very end, sometimes they’re laughing and others look a bit worried for me. But either way I’m fine guys…honestly.

What was it like performing in the London Eye?
MAX: It was great fun. It lends itself to so many jokes – “If you feel uncomfortable please feel free to leave at any time”, “If we run over they’ve said it’s not a problem but we will have to do another full rotation”. The big bosses at the eye asked us to do an hour of Ferris Wheel based material…I think we managed five. The rest was Teresa May impressions, puns about London Landmarks, and selfies. Needless to say, it was a hoot. 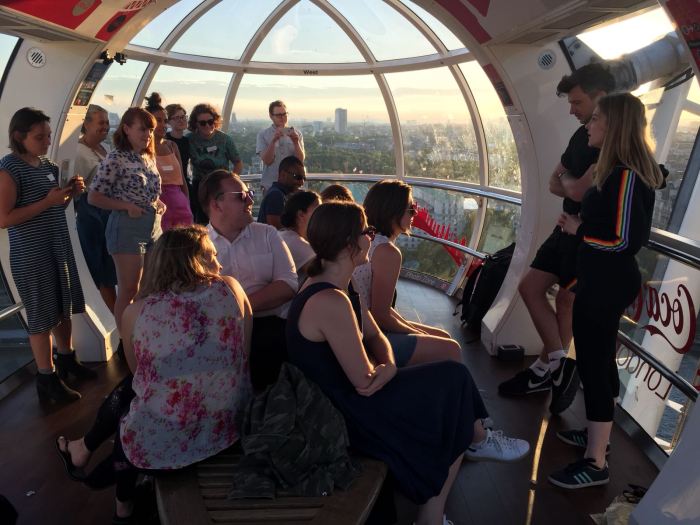 There’s a sketch in the show about Max’s Spanish teacher outing him, is that true?
ANNA: Surprisingly yes, I think his mum only told him a year or so ago and he when he relayed it to me I was like “I know this sounds like quite a traumatic revelation about your burgeoning sexuality in your teenage years…but can we make it a sketch”. We may have exaggerated the tale slightly for dramatic effect but like any good real crime drama, it’s based on a true story.

You’ve got 20 seconds to sell the show in the street…
ANNA: Two best friends filmed themselves for a year. From that footage they give you their funniest sketch ideas, and a peek at their intense friendship. A show by Bezzie mates for Bezzie mates. 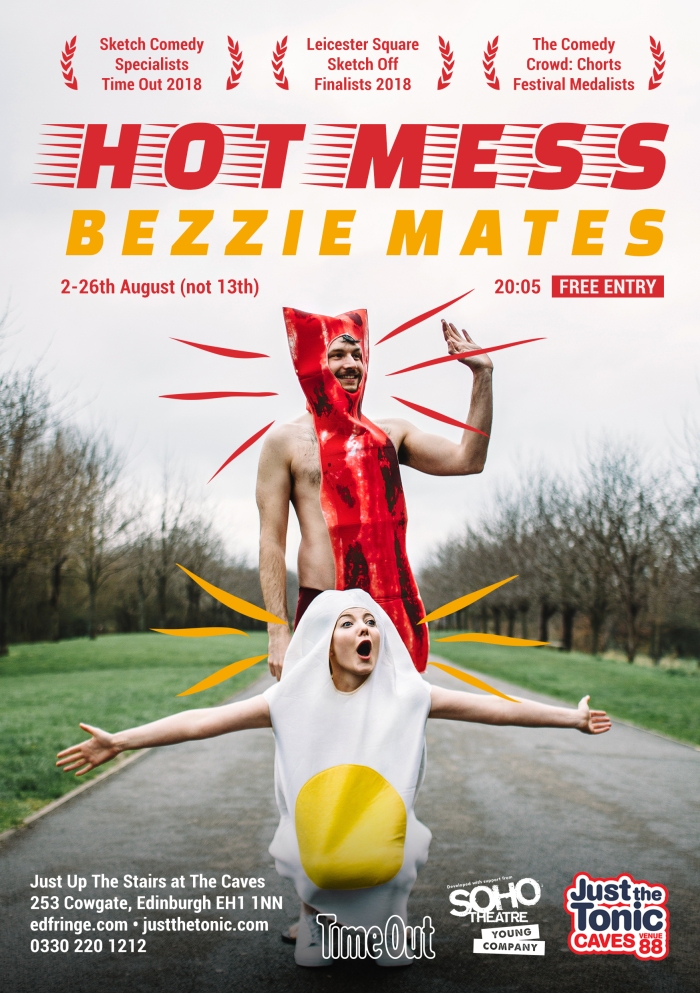 The word on the street was that there were some hip new sketch artists in town, so off I trotted to the Caves to check out if the rumors were true. Happily they were, for Hot Mess possess a show into which has pour’d the pandora’s box of their mutually inspired imaginations, uncorked into performance for us all. I love the fact that Max & Anna – the best mates behind Bezzies –  were up at the comedy boarding school that is the Fringe last year, ‘cramming in 8 shows a day.‘ Twelve months later they are back, with a first year dissertation lets say, so what have they got?

For a start they do offer unique material, a cool wee archipelago of fertile greenery in the vasty seas of sketch comedy. They open on a nightclub floor, dancing to their own voiceover thoughts, introducing immediately that they are multi-media millennials & are happy to utilise technology. This schema is soon expanded upon; we live in an instagramic age, where everything  is recorded, & thus a portion of this year’s show contains footage – whether staged or not – of them actually brainstorming the show.

The sketches varied in quality & impact – from cutting-edge observational hilarity to asinine incest stuff – but the performance was always completely pleasurable to watch. Max & Anna share this windy, interchangeable energy, & watching best friends at work on a performance level is always a particularly fine watch. There is also an undercurrent of didacticism going on, for their sketches are designed to raise topics of thought, & then make fun of them, like the role of toxic masculinity in society for example.

This is an extremely promising start from Hot Mess; the energy is bubbling up nicely, the ideas are swirling about the pan; & with a little more cooking their mess should be overflowing the pan & penetrating every nook & cranny of the Comedy sphere.

Just the Tonic at The Caves 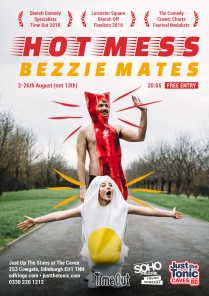