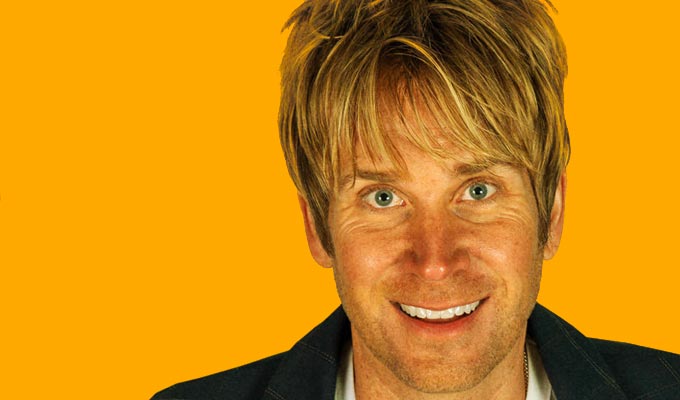 It can’t be that funny inheriting a dilapidated stately home needing huge amounts of work –  or can it?

Hello Hopwood, first things first, where are you from & where are you at, geographically speaking?
I grew up in Holland, Michigan USA, then moved to LA to study and work. I now live in Greater Manchester. Three completely different places- but all of them feel like home. It’s been quite a wild ride!

When did you first realise you were funny?
I used to love to play practical jokes as a child. I’m not sure if it was realising I was funny or realising I was a bit odd, but when I was about 7 or 8 years old my friends and I used to dress up like senior citizens and go knocking on people’s doors asking to borrow a cup of sugar. We found it hilarious but I think the neighbours probably thought we all needed to be put on medication.

When did you first develop a passion for comedy?
From a very early age, when people laughed at my antics it encouraged me. I think it came from watching classic old television comedies. I grew up in America but remember my sister and I sneaking downstairs late at night to watch old reruns of ‘The Benny Hill Show’. I know the adult humour was way over our heads but I do remember how much we laughed.

Why did you decide to launch your own YouTube Channel?
After I moved to England I had lots of people asking me for updates on the Hopwood Hall project. I love to make funny videos so it seemed like the best way to show people the progress while hopefully making them laugh.

Can you tell us about your background in comedy in Hollywood?
I started out by writing and acting in indie comedy films that luckily got attention from the LA film industry and opened a lot of doors. An agent then encouraged me to get into stand-up comedy. Being a writer/performer gives you a bit more control in an out-of-control business! I love the entertainment business because it’s so exciting and you never know where each opportunity can take you.

You’ve got three famous comedians (dead or alive) coming round for dinner. Who would they be & what would you cook; starters, mains & dessert?
I’d order in – so I could concentrate on having a good time with them rather than be hovering over a hot stove! Comedians I’d invite would be: Jerry Seinfeld, Lily Tomlin and the Marx brothers (all 3 of them but hopefully they could all fit on the remaining chair).

You’re performing at this year’s Edinburgh Fringe; can you tell us about the show?
The show is called ‘The Yank is a Manc! My Ancestors & Me’ and tells the story of my true adventures coming from LA to try to restore my ancestors’ 600-year-old stately home near Manchester, called Hopwood Hall. My grandfather (also called Hopwood) told me stories about it when I was growing up but I always thought he was telling a fairy tale. So you can imagine my surprise when I found out it was all real!

Can you tell us a little about the genealogy that gave you your new home?
I grew up with the name Hopwood but never really fully grasped its origins until I was searching my ancestry online one night in LA and discovered Hopwood Hall was a real place. I was invited over to England to see it and my life has never been the same! 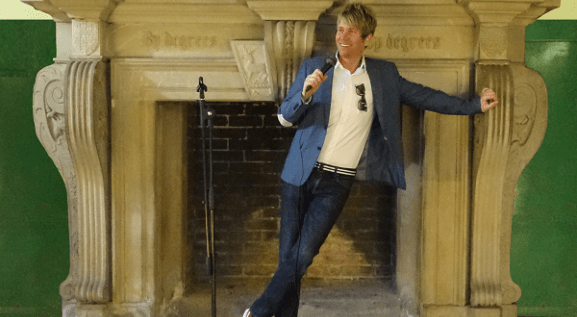 How are you finding the NW of England, & the Mancunians in particular?
They are incredibly warm and welcoming. Except for the one time when I tried to use my American Express card to pay at the local chippy. I almost got thrown out onto the street! Now I realise I probably deserved it! The support from the Mancunians has been amazing.

What is the biggest obstacle you overcame while putting your show together? Condensing everything that has happened so far into a one hour show!

You’ve got 20 seconds to sell the show to somebody in the streets…
I moved from Los Angeles to Manchester to rescue my ancestors 600-year-old home. If you like home renovation projects, ancestry or crazy madcapped adventures then come check it out – you’ll be taken across 6000 miles and 600 years in less than an hour.

What is your last-minute routine before stepping out on stage?
I do a special dance, but I can’t tell you more than that.

The Yank is a Manc!
My Ancestors & Me 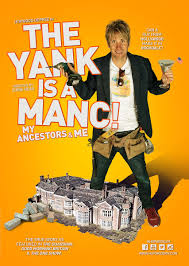