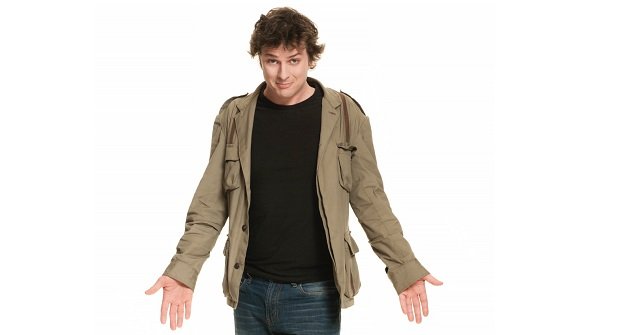 The Cave at Cabaret Voltaire looked attractive as we took our seats and slowly filled the room. It’s one those venues where the brickwork was exposed, a perfect setting for Australian Jez Watts’ brand of raw, close to the bone stand up. He revelled in his reputation for being “dirty”, verging on unacceptable and further reminded us that while we were there for comedy, he was at work, something he did with confidence. As he got into his stride, he confided that the title of his show, absolute zero, wasn’t because he was at rock bottom but was more to do with his state of indebtedness to his girlfriend, someone he revealed that he was going to propose to just as soon as he’s raised the money to pay her back. His prospective wife had in fact supplied the $1000 to furnish his act with the tech he used in his show,but he owed her a further $16000.

Despite this rather appealing revelation, this was a guy who took a somewhat mocking stance to life as he launched into his no-holds-barred reflections on everything from his own worries and concerns to his take on civilisation and the state of the human race. Which he compared to chickens in a George Orwell -esk take on the organisation of society. Nor did he hold back from confronting the audience in a not altogether comfortable way. But it’s up to you whether you take offence, or take comfort in the thought that the crudest japes are working hard for us in the name of liberty and freedom of speech, which is after all is the crux of true democracy.