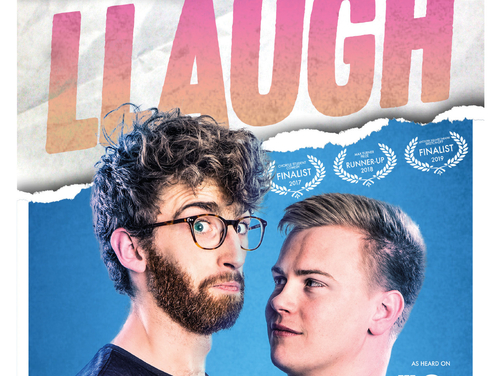 Is it possible to arrest the upwards ascent of Mark Bittlestone & Haydn Jenkins into the highest sphere of sketch comedy? I shouldn’t think so! They were finalists in this year’s Leicester Sketch-Off, & you can see why from the very off. Their introduction is sublime, for they take on the roles of punters at the Fringe going to see a comedy show – art imitating life & something that connects 100 percent with the audience. Even the most established ‘curriculum’ comedians will never tell a joke which everyone in the whole room can relate to – but these guys do, a hatful of them, & from then on we are just melting, caramel pliant, in their hands.
— 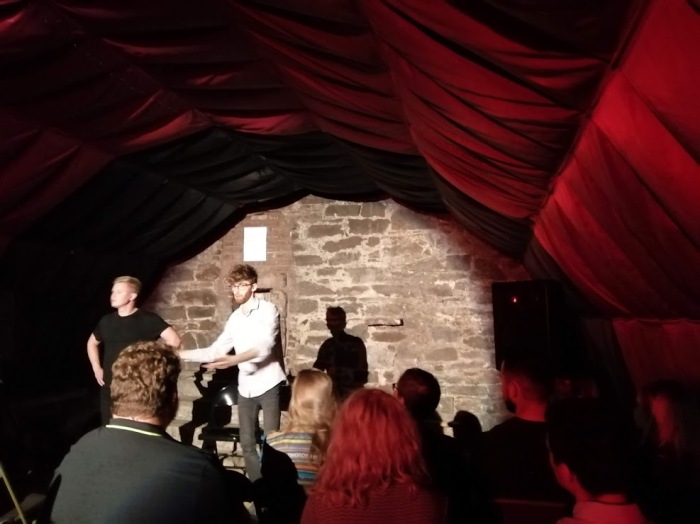 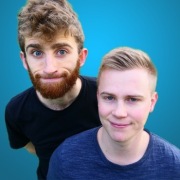 After that extended, satirical & realm-shifting opening, we enter the sun-kissed sierras of their sketches. Mark is brimmingly blond, Haydn is a non-accenting Welshman; they are both young & they fuse tremendously well – in a Jack Lemmon-Walter Matthau kinda way. It is one thing to have designed a funny sketch, but it is another completely to possess the aptitude and courage to issue it forth into a possibly hostile room. But these guys are consummate performers with pinpoint timing, so its all OK. Of their nicely-length’d sketches, I love the way they sometimes rewrite each others’ pieces, a competitive collaboration which shows again how willing they are to think outside the box. My very favorite was the pub-quiz, where is utter’d the immortal line, ‘how many palms do you have to grease to get the Punic Wars?’
—
Llaughs – the two ls are correct by the way, a homage to Haydn’s heritage – is a shape-shifting montage of madness & mirth. You can see the genesis of something pretty special in this set & in these fellas – I’m not exactly sure what its gonna be, but it’ll all be an intriguing watch.