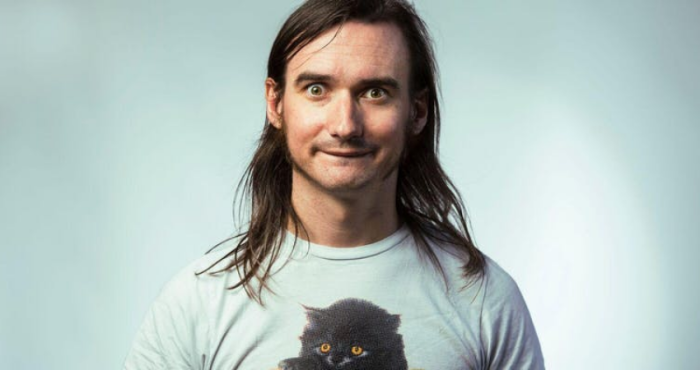 Matt Hobs BSc (Bristolian of Science) has just confirmed for me that badgers are
dually adorable and cool, and that it is always funny to take the piss out of Brian Cox. To demonstrate such erudite emeralds, Hobs possesses puns and pictures, anecdotes and fun facts, and you can always just entertain yourself by listening to his accent. With Fringe-length stand-up shows, even when I am enjoying myself, there’s a spectre inside me just really excited for it all to end. Matt Hobs made me feel entirely the opposite – I was quite content to simply sit in his company and listen intently yet gently to what he had to say. It took a while for his engine to warm up – but as Hobs settled in, and the audience got used to his style, we warmed to him in open welcome and the earlier tumbleweed thoroughly cleared.

The first section was that kind of stand-up where you doubt the validity of the anecdotes and it stops them from being funny. But when he gets into his groove with the pre-promised science content, burnish’d bronze by his experience in the field, insightful laughter splashed into the room like water-sprinklers in a fire. I sensed a deliberate effort on the part of Hobs to make sure that certain sections of the show were on a non-scientific subjects, to mix it up, but I also sensed that the audience was there mainly for the science. Let it do what it says on the tin.

Nothing was ever needlessly dumbed down – I liked that – and his expertly constructed PowerPoint ensured that no-one was left behind, while providing a decent platform for visual comedy. Hobs also allowed himself some vulnerability towards the end, a winning move which got us firmly on his side. His strongest feature, I thought, was his likability, and I think opening up a bit earlier would have gone down well. He is definitely getting there, however, like a werewolf mid-change.