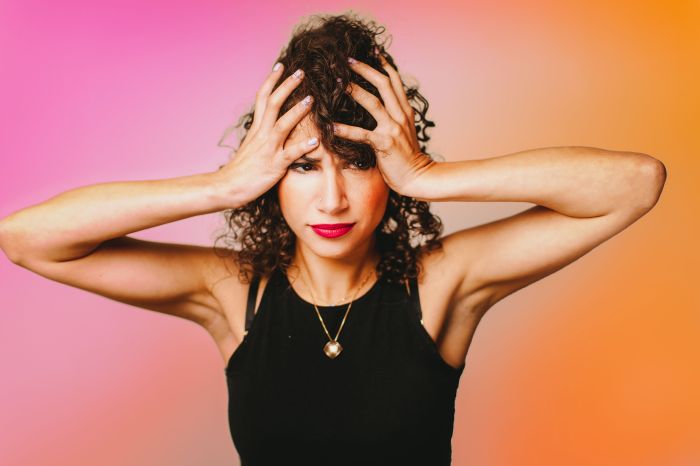 Blasting out on a comedy missile from the epicenter of American politics, comes one of its funniest commentators…

Hello Naomi, first things first, where are you from & where are you at, geographically speaking?
I spent most of my life in New York City but now I love in our glorious and equally loathed nation’s capital Washington, D.C.

When did you first develop a passion for Comedy?
I remember liking comedy before I started liking boys, so I had to be around age ten.

How did you get into stand-up?
I watched so much of it growing up. Probably more than was appropriate for a child.

What is it about being funny in front of other people that makes you tick?
It feels like magic to make people laugh just with your words, rather than like tickling them or something. And more than anything I wanted to be a witch=

Can you tell us about Redacted Tonight & your role with the show?
Redacted Tonight is a lefty political satire show. I’m a correspondent on it and write, produce and perform my own segments. I also get to choose my own stories which is pretty rare, and get to talk about issues I really care about and make dark, sick and twisted jokes about them. It’s a dream job covering a nightmare world.

What are the creative impulses & processes behind writing your material?
I like to take really sad things and make them funny. I like to make my job as difficult as possible.

You’re performing your debut at this year’s Edinburgh Fringe; can you tell us about the show?
Now four out of the five top weapons companies in the US are led by women, and Americans celebrate that. My show is about how frightening that is. It’s also about me and my crazy family.

From which of the feminist spheres do you find the best materials for humour?
I find scenarios like above, where women tend to apply feminism where it doesn’t belong, particularly funny.

How do you think the British audiences will handle your personal comedic style?
I’ve performed in the UK before and I think the UK loves dark comedy.

You’ve got 20 seconds to sell the show to somebody in the streets of Edinburgh, what would you say?
This is a show about women killing it…literally.