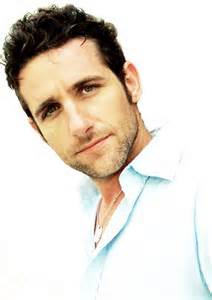 We feel the electric buzz and excitement build as we walk into the grandeur of the Assembly Rooms Ballroom through an atmospheric colour spectrum of smoky haze spewing over the massive chandeliers. The expectation and anticipation is high and rising from the star of BBC1’s Live at the Apollo and Michael McIntyre’s Comedy Roadshow as the room packs out with enthusiastic Friday night excited bubbling tourists.

His enigmatic voice-over has the audience rolling with laughter before he even arrives on stage which instils a positive confidence as to what colourful treats lay ahead from this particular comedic cookie jar….And we are treated nonetheless to a bounty of comedy as this sexy, charismatic, fuckin mental psycho that he is, bounces on stage in an ‘extravaganza of awesomeness’ theatrically claiming his mum fucked Zeus.  Indeed, Sir, she may well have! His dry, skeptical humour is peppered with witty improvs keeping it feeling fresh and spontaneous throughout his one hour alternative show. His favoured topics for this evening cover drugs, age and parenthood as he showers us with his delightful observations in charming proportions. Bill Hicks meets Billy Connelly meets Spaghetti Western …on fireworks! Cracking comedy genius! FOUR STARS