We arrive early at The Beehive Inn for an evening of Monkey Barrel Comedy… and it’s already heaving. It’s not surprising that it’s sold out; the line-up contains some of Scotland’s most popular comedians. We are shoe-horned into the small attic room above the bar and take our seats among the high-spirited crowd into an atmosphere of excited anticipation,  the crowd primed for a good heckle. As tonight’s compere, Rick Molland, takes to the stage; he finds he has a battle on his hands with a few lively hen and stag parties, one of which is accompanied by a giant inflatable penis that makes its way round the room almost earning a guest spot on the stage. Molland gets interactive with the crowd, finding out who everybody is, getting the banter flowing and warming up the room  for the frolics ahead.

Vladimir MacTavish is the first stand up on the bill and his opening line “I bet you are all thinking Philip Schofield has let himself go a bit” gets everyone laughing straight away. Vladimir’s material is a melting-pot of  everything, from current affairs, through sports, to travelling the world. His topical monologues are peppered with quick & witty jokes, while his observational humour is fresh and well received. Alas,  Vladamir sometimes falls prey to the sterotypical mocking of we Scots, but still unleashes a brand of laugh-out loud comedy  we would go to see again. 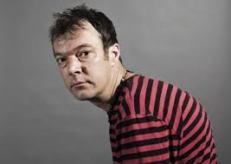 Comic, Derek Johnston, was probably the most unique act of the night. Taking to the stage armed with a saw, he looked slightly mad with his menacing eyes as he loomed over the audience. Derek’s droll delivery and macabre story-telling was an unexpected surprise; although he may have lost the crowd a little as those stag and hen parties were probably not his target audience. An eclectic mix of anecdotes of family days out teamed with ghostly tales of psychotic dolls, the latter accompanied by creepy sounds supplied by Johnston while playing the saw as a musical instrument.

Daniel Downie is full of energy; bouncing on to the stage with a confident “take no prisoners attitude”. Tonuight’s audience are a feisty bunch, and they challenge Downie – but the fella thinks street-fast on his feet and was quick to hit back with witty responses. He regales us with tales of phone sex with his Spanish girlfriend and the hazards of learning a new language = a lesson to be learnt here is don’t get your nouns mixed up in Spanish, or you could be asking your girlfriend if she wants cock instead of chicken for dinner across a busy supermarket. This, along with Daniel’s up-to-the-minute material had the audience in stitches. 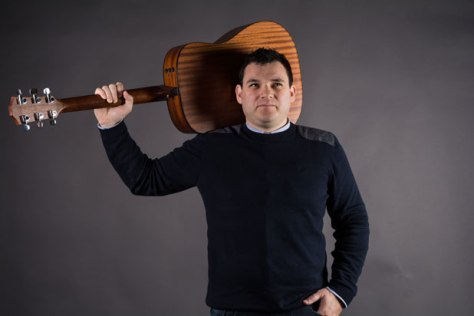 Earning the biggest laughs of the night was Harry Garrison, an instantly likeable character with a cheeky grin and a glint in his eye. Garrison cleverly uses music to deliver his quick witted, dry, black comedy. He starts to play his guitar and confuses the crowd into thinking he is here to perform an acoustic love song, this quickly evolves into the entire audience singing along to a dark and hilarious song about a mail-order bride named Fred.

Harry has a cracking blend of Kevin Bridges’ nonchalant attitude and Bill Bailey’s musical genius; his set is full of belly laughs and inappropriate songs that will stick in your head for days. This is a brilliant value for money night out; where else would you get four well-established, high quality comedians for only a tenner? It’s a great atmosphere with crowd participation and friendly banter in a cosy wee venue. There were maybe a few too many location specific jokes that were lost on our friends south of the border, but overall this a great night out that we will be coming back to and would highly recommend.