There is a brief story in the New Testament which records how the twelve-year-old Jesus, ruminating on Jewish scripture, compelled the complete attention of the elder rabbis in the temple at Jerusalem. Now, I’m not saying Jacob Hawley is the messiah or anything, but his 26 years were definitely among the youngest in the room where he was holding his comedy court, when his maturity of delivery & subject held us all in an unsnapping thrall. 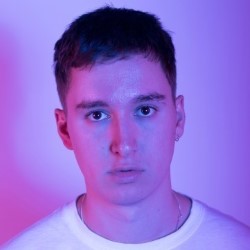 Hawley revels in his dichotomous existence as a working-class cultural artist. It is soon evident that he possesses an ever-expanding intelligence, a keen analytical mind, & the talent to turn it all to comedy. The fact that he was playing The Streets on entrance didn’t pass me by – Mike Skinner was a middle-class boy masquerading as a ghetto rapper. In 2018 class boundaries are dissolving, & anyone can be who they want to be if they just set their minds to it. With Jacob Hawley, he is who he is, a passionate young man with lots to say about all aspects of society through his genuine & sharp sense of humour.

As the show progresses, every now & again Hawley turns on the jet engine boosts & shows the mastery of his craft – that of the pure, in-your-face stand-up fashioned in the smoky back rooms of New York. Overall this is a brave attempt at intellectual comedy, the self-titled Ginsburgean ‘Howl’ of the educated proletariat against the forces that be. This is also an extremely honest show, & as a record of where the 26-year old Hawley is in life it was cool to compare my own experiences with his. With more living under his belt I am totally convinced that when experience is allied to Hawley’s technique & control, some great, great comedy is yet to come.